You are here:
About UsTraining 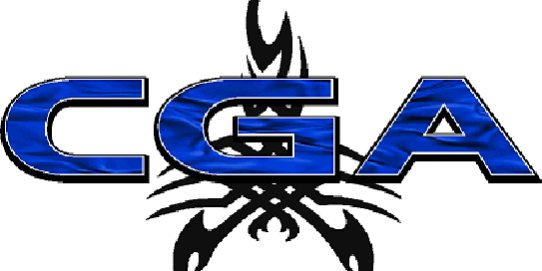 CGA Solutions is VERY excited to announce we will be hosting our first annual Security and Licensed Investigator Conference (SLIC) in the beautiful downtown Augusta, GA March 2022! Sponsored by Thin Blue Defend, this conference is for security officers and licensed investigators to receive CE hours and learn from our amazing speakers. To sign up for the conference, order tickets on our Eventbrite page.

For those attending the 2022 conference, we are looking forward to seeing you. There are hotel rooms reserved for conference attendants to provide a seamless experience. Additionally, we have provided all the information you will need for the conference:

After registration, we move into the two break out sessions.

Termination of training and certificates are issued to attendants

Scott Peebles has 29 years of law enforcement experience in Richmond County. He joined the Richmond County Sheriff’s Office in 1991 where he served in assignments on the Road Patrol, Crime Suppression Team, DUI Task Force, SWAT Team, Crisis Negotiation Team and Criminal Investigations Division. Scott has served as Division Commander of both Criminal Investigations and Road Patrol at the rank of Major.

Scott served as SWAT Team Commander from 2009-2013, and as an Incident Commander from 2013-2017. He holds a Bachelor’s Degree in Criminal Justice from Columbus State University, and is a graduate of the FBI National Academy and the Georgia Law Enforcement Command College. Scott is currently seeking his Masters in Public Administration through Augusta University.

Scott is a graduate of Leadership Augusta (class of 2010) and Leadership Georgia (class of 2011). He has served on the Board of Directors for Safe Homes of Augusta, the Greater Augusta Arts Council and the Board of Directors for United Way of the CSRA, where he served as the Board Chair in 2017. Scott joined the Richmond County Marshal’s Office in January of 2017 as the Chief Deputy Marshal, the role he currently serves in. The Marshal’s Office is responsible for all security and law enforcement functions at the Augusta Regional Airport, and is also responsible security at multiple government buildings and the courthouse. Scott has been a member of ASIS since 2017.

Garon Muller is a trial lawyer who focuses his law practice on the representation of individuals who have been seriously injured or damaged through the negligence or recklessness of others, including automobile collisions, workplace injuries, premises injuries, or defective products. Before beginning his practice in the representation of injured individuals, Mr. Muller served the community as an Assistant District Attorney for the Augusta Judicial Circuit. While in the District Attorney’s Office, Mr. Muller prosecuted and tried multiple violent felonies to jury verdict. Mr. Muller served as a senior attorney on serious felony offenses, including murder, aggravated assault, armed robbery, and sexual crimes.

During his time as an Assistant District Attorney, Mr. Muller prosecuted criminal matters and represented the citizens of Columbia, Richmond, and Burke Counties. Mr. Muller is dedicated to his profession. He serves as the Secretary of the Augusta Bar Association and is a member of the Executive Committee of the Georgia Trial Lawyers Association.

Mr. Muller is also dedicated to his community. He currently serves as the Board Chairman for Turn Back the Block, an organization committed to revitalizing historic Harrisburg neighborhood. Muller is also a graduate of Leadership Augusta. Mr. Muller is able to help you and your family navigate the legal system and coordinate available insurance benefits in order to maximize your recovery and secure the compensation you need to deal with the challenges that accompany your injury or catastrophic loss.

In 2014, Doug Parker from the Georgia Bureau of Investigation after 30 years of service. During his career, Parker investigated numerous police officer use-of-force cases. Since retiring, Parker has worked with attorneys in representing these officers who are now being charged with crimes in the performance of their duties. Parker has now developed a mobile app, Thin Blue Defend, www.thinbluedefend.com for police officers to immediately after the incident, document a use-of-force in preparation of litigation.

Agent Strickland is a graduate from Georgia State University with a Bachelor of Science Degree in Criminal Justice and a master’s degree of Public Safety Administration from Columbus State University. She has been in state law enforcement for 23 years. Agent Strickland began her law enforcement career as an investigator in the Fraud Unit of the Georgia Department of Insurance. Agent Strickland joined the GBI in 2002, where she worked in the Medicaid Fraud Control Unit and then the Atlanta Field Office. Agent Strickland was promoted in 2015 to the Assistant Special Agent in Charge (ASAC) of the Crimes Against Disabled Adults and the Elderly (CADE) Unit for the GBI. In this position, Agent Strickland is focusing on investigations and trainings dealing with the abuse, neglect, and exploitation of disabled adults and the elderly.

This Unit became a Task Force in 2021 with the GA Department of Human Resources, Forensic Specialist Initiatives Unit (FSIU). In 2019, Agent Strickland was placed over the Financial Investigations Unit (FIU), where she oversees the Forensic Auditors and the Manager. In 2020, Agent Strickland also assisted with the creation of the GBI’s Human Exploitation and Trafficking (HEAT) Unit.

Agent Strickland is a frequent presenter at State and National Conferences on the topic of crimes against disabled adults and the elderly; in addition to benefits trafficking and suspicious deaths. Agent Strickland co-facilitates the State-Wide At- Risk Adult Abuse, Neglect and Exploitation (ANE) Work Group and the Legislative Work Group. Agent Strickland is the recipient of the 2017 State Long Term Care Ombudsman’s Martha Eaves Award and the 2018 Georgia Gerontology Society Citation of Merit Award.

Richard began his law enforcement career in 1986 as a special response officer for Plant Vogtle, a nuclear generating plant in Waynesboro, Georgia. Richard went on to join the staff of the Richmond County Sheriff’s Office in 1991 as a patrol officer later moving on to investigations. He also served as one of the Crime Suppression Team members of the Sheriff’s office from 1996 to 2002.

In 1998 Richard assisted in writing a grant expanding the K-9 division of the agency and was a handler for 4 years. During his tenure with the Sheriff’s Office, Richard was a SWAT team member from 1992 to 2003, holding positions of element leader and sniper. During these years Richard became certified as SWAT Levels I, II and III as well as a Master SWAT Instructor.

In 2003, Richard joined the GPSTC staff as the In-service Coordinator for the Basic Training Division of the Augusta Regional Police Academy. As In-service Coordinator Richard was responsible for training officers in a 13 county region of the eastern region of Georgia. Three years later he was promoted to supervisor at the GPSTC Regional Police Academy in Athens.

In 2007, Richard was again promoted to Director of the Augusta Regional Police Academy and later went on to direct the regional academies in both Dalton and Athens. Richard is currently the Academy Director for both the Athens and Columbia County Academies in Georgia covering 37 counties.

Richard has accrued more than 4000 hours of law enforcement training and holds instructor certifications in firearms, defensive tactics, EVOC and ethics. In addition, he has worked for HSS International for 8 years, teaching defensive tactics to various agencies in 32 states, Puerto Rico and to the Mounted patrol in Vancouver, Canada. Richard has co-authored the Student Control Tactics manual, which has been implemented by the Regional Police Academy system in Georgia.

Richard has provided training for over 7000 officers in the state of Georgia as well as hundreds of civilians. He holds degrees in Criminal Justice, Business Management and an MBA in Human Resource Management. Richard is a member of the Georgia Associations of Chiefs of Police and is a board member of the J.D. Paugh Foundation, a non-profit organization giving back to the law enforcement community.

Join us for our 2nd Annual Security & Licensed Investigator Conference! Receive CE Hours and learn from our amazing speakers and guests.

No Thanks, I Don't Need CEU Hours